The Doctrine of CHRIST, The Son of The Living GOD -MESSIAH! 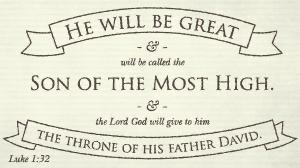 Please prayerfully consider the seeds of truth scattered on this page by first, consciously removing ALL, secular, denominal lens asking the LORD to open your eyes to behold wondrous words.

Before the LORD began to gently pry our eyes open, most of the following verses didn't even make sense.

Truth always makes sense and there is no authentic scripture that is to be avoided.

Jesus answered and said unto him, If a man love me, he will keep my words: and my Father will love him, and we will come unto him, and make our abode with him. John 14:23

“Behold, the hour cometh, yea, is now come, that ye shall be scattered, every man to his own, and shall leave me alone: and yet I am not alone, because the Father is with me.”

Whosoever shall confess that JESUS is the SON of GOD, GOD dwelleth in him and he in GOD." I John 4:15"

The Rock that JESUS promised to build His church upon and that the gates of hell shall not prevail against is the confession of Peter "Thou art the CHRIST, The SON of The Living GOD."

There is NO Higher revelation for JESUS said "Blessed art thou, Simon Barjona: for flesh and blood hath not revealed it unto thee, but my Father which is in Heaven."

This is the revelation that came from the Highest authority -The MOST HIGH GOD and Father of Our LORD JESUS CHRIST. Therefore, any dogma that attempts to invert or turn that rock upside down is antichrist. JESUS warned, Beware the leaven prior to addressing his true identity and Peter's confession. Matthew 16:6-20

the beloved apostle, Paul, who after his conversion "straightway...preached Christ in the synagogues, that he is the SON of GOD."

THIS is THE message the devil tempted JESUS with saying "If thou be the SON of GOD..."

The first all of the commandments as taught by JESUS is "Hear O Israel, The LORD Our GOD, the LORD is ONE..." Mark 12 That One, true GOD of Israel, the GOD of Abraham, Isaac and Jacob is the Father of Our LORD JESUS CHRIST.

But the anointing which ye have received of him abideth in you, and ye need not that any man teach you: but as the same anointing teacheth you of all things, and is truth, and is no lie, and even as it hath taught you, ye shall abide in him...

No man hath seen GOD at any time; the only begotten Son, which is in the bosom of the Father, he hath declared him....I have yet many things to say unto you, but ye cannot bear them now. Howbeit when he, the Spirit of truth, is come, he will guide you into all truth: for he shall not speak of himself; but whatsoever he shall hear, that shall he speak: and he will shew you things to come. He shall glorify me: for he shall receive of mine, and shall shew it unto you...And this is life eternal, that they might know thee the only true God, and Jesus Christ, whom thou hast sent. John 1:18; 16:12-14; 17:3

God, who at sundry times and in divers manners spake in time past unto the fathers by the prophets, Hath in these last days spoken unto us by his Son...But unto the Son he saith, Thy throne, O God, is for ever and ever: a sceptre of righteousness is the sceptre of thy kingdom.Thou hast loved righteousness, and hated iniquity; therefore God, even thy God, hath anointed thee with the oil of gladness above thy fellows." Hebrews Chapter 1

Jesus saith unto her, Touch me not; for I am not yet ascended to my Father: but go to my brethren, and say unto them, I ascend unto my Father, and your Father; and to my God, and your God. John 20:17

He that hateth me hateth my Father also. John 15:23

JESUS isn't just the "shell" of GOD. He is as the scriptures declare, the only *begotten of the Father, full of grace and truth." GOD really did beget a real Son, not a cyborg or automaton -a true SON!

Rome denies that GOD truly had a SON, Islam denies the SON, the nation state of Israel denies the SON and most of what is known as "Christendom" unknowingly denies the SON! Again, the devil deceives the whole world.

That same GOD, the only wise GOD, so loved the world that He gave, literally blood sacrificed His only Son whose blood alone can atone for sin, not just our sins, but the sins of the whole world."

JESUS didn't want to die! "And he went a little further, and fell on his face, and prayed, saying, O my Father, if it be possible, let this cup pass from me: nevertheless not as I will, but as thou wilt."

Abraham already had his only son, Isaac bound and would have slayed Him had GOD not provided a substitute sacrifice. Yet there was NO substitute for GOD'S only begotten SON -the Lamb slain from the foundation of the world!

JESUS said, I am come in my Father's NAME, and ye receive me not: if another shall come in his own name, him ye will receive. John 5:43

"...But these are written, that ye might believe that Jesus is the Christ, the Son of God; and that believing ye might have life through his NAME. John 20:30-31

The devil deceives the whole world ...All the world wondered after the beast. JESUS warned, "Let NO man deceive you." You are personally responsible to not be deceived and to work out your own salvation with fear and trembling.